Dontae McFarland: From the Streets to Salvation

Dontae McFarland is a Christian rapper. His music has been the catalyst to new life; plucking him from the streets of St. Louis, Missouri and placing him into a life of glorious salvation. He has found major success having had his music top national charts within his genre and yet his greatest contribution is giving back. 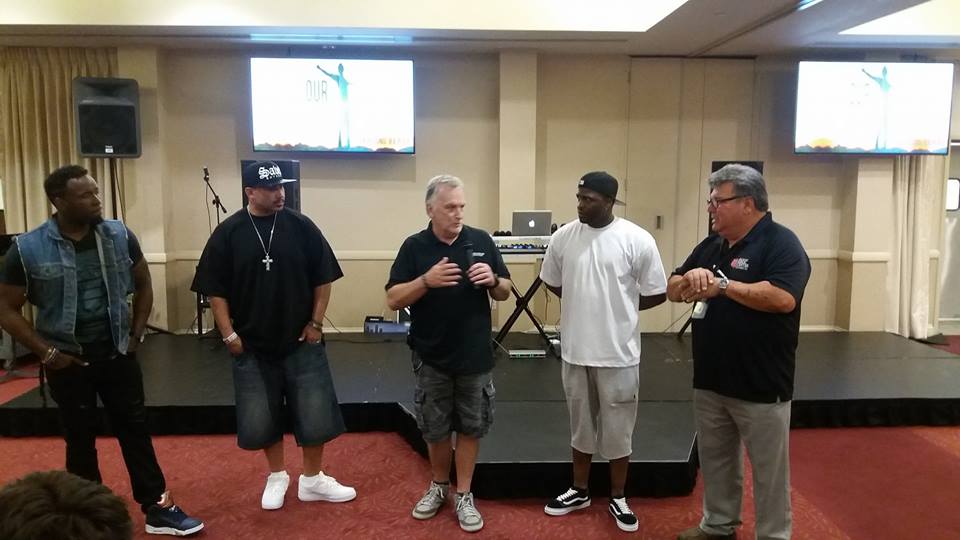 McFarland and friends find themselves at The Salvation Army San Diego Kroc Center on Monday, October 9th. Every Monday evening the Kroc Center hosts Celebrate Recovery, which features worship music, celebrations of victories over past hurts, hang-ups, and habits, and relevant teaching on how to live a life of victory. McFarland came to share his testimony as well as perform some of his songs.

“I found Christ in a jail cell when I was facing 25 years,” McFarland explained. “I really just took the time, in that jail cell, to reflect on everything I had been through. I realized I put my life in a jam.” As Dontae speaks on this memory, he seems to remember it vividly; as though he is transported back to his darkest day and walking us through it. “I took a knee in that jail cell,” he continues. ” I began to worship and cry out to God to deliver me from that situation.”

Dontae didn’t know what his future held at that moment. A life locked behind bars was right before him. However, God had a much greater plan.

“When I was facing 25 years, I had a long conversation with God. I told him I was willing to suffer the consequences of my actions but if He had anything else fit for my life I would answer my calling. That led me into doing music. Now my heart and desire is to just give back to everything that I took from.” 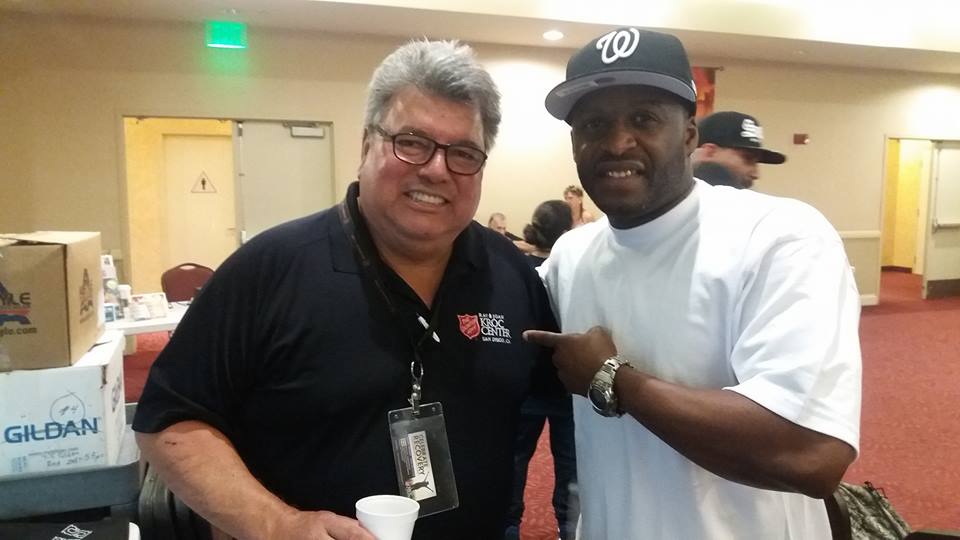 McFarland is an emotional performer. He takes the stage and immediately holds the rooms attention. He begins rapping, with no background music. His voice is the only sound present. Every word conveys a new feeling and pierces through the hearts of onlookers. He is captivating and inspiring. He is precise with his diction and the definition of passionate. “My music is very urban, real street oriented,” McFarland notes. “I speak a lot to the hoods. A lot of my music is very testimonial. At the end of the day the message I try to get across is, through Christ Jesus all things are possible. He can turn your darkest days into something beautiful.”

There is a woman wiping tears from her face as McFarland speaks his truth. An occasional “Amen” is shouted from the crowd when he shares just how far he has come, all thanks given to the grace of God.

“When I first started this mission I would just pour out my heart in my music which later transpired into guest appearances. Writing music is like writing in a diary for me,” McFarland shares. “The Bible says that your gift will make way for you.” Dontae continues to share his gift with the world and touches the heart of anyone he encounters. His story is not a perfect one but rather a realistic depiction of of a human who was lost and then found.

“I’ve always been a giver but since I’ve started doing music I began to see transformation in  people I minster to,” McFarland says. He is no stranger to just how difficult the road to recovery can be.”Finding the right outlet is key and positioning yourself around people that really love you,” is what McFarland believes leads to recovery from addiction. “It is not love if that person is willing to sell you that what you’re addicted to. It is not love is they’re participating in that act with you. You have to fight your pride and be willing to undergo reconstruction and allow someone to help rebuild.”

Dontae McFarland is a solider for Christ. He has a story to share and is on a mission to bring people closer to the Heavenly Father.